Mr. Nell is a Montana native who started piano lessons at the age of 5 after mimicking his older sibling’s lessons by ear. By the age of 17, he was taking pianos apart. In high school he won the “John Phillip Sousa Award” while playing in the Montana State University Jazz Band, and professionally in rock bands. He attended the University of Washington School of Music, on scholarship his last 2 years, and received his Bachelor of Arts/Bachelor of Music degree, majoring in composition and piano.

His performance history includes 6 albums of original music, a sideman on many others, and he has appeared with many, many of the highest tier jazz musicians in history, including Eddie Harris, Freddie Hubbard, Ray Brown, Herb Ellis, Bobby Hutcherson, David ”Fathead” Newman, Emily Remler, Sonny Fortune, Jack Walrath, Red Holloway, and Richie Cole. He has also performed with the Billings Symphony and the Glacier Symphony as featured soloist. He has given entire solo concerts of original music, and appears with many regional jazz groups, including numerous times in Jazz Montana’s concerts.

He is the recipient of an Individual Artist Fellowship from the Montana Arts Council and winner of the Dewar’s Profiles Performance Arts Award for Jazz Piano (in NYC). He received a commission from “Meet the Composer” (Lila Wallace Foundation) to write for the 17 piece ensemble “The New York Composer’s Orchestra-West.” He was a two-time winner on BET Network’s Jazz Discovery, and has also appeared on the Bravo network, the Montana PBS music series “Musician Spotlight,” and on the Montana PBS series “11th & Grant” three times; once as a soloist performing entirely original works.

He has been serving the Gallatin Valley as a piano tuner and technician since 1980, first working for the Kimball piano dealership, and then as a sole proprietor of his own business. He is a Piano Technician’s Guild Associate Member, and he has recently attended continuing education conferences in Ontario, CA (Los Angeles area) and in Denver, CO in 2015. 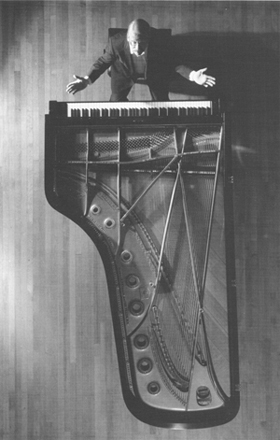